Graphs that repeat themselves continuously are called period graphs.
These graphs repeat with a certain time span which is called the period.
The number of periods during a unit of time is called the frequency.
Periodic relations appear with for example oscillations, waves and the height of the valve in you bicycle wheel.

Not all periodic graphs have a corresponding formula. In case they do, this formula is called a sinusoid. Such a formula is of the type y = sin(x) or y = cos(x).
Check sinusoid for more information about sinusoids.
You have to put your calculator in 'radian' mode when working with periodic formulas.

A periodic graph repeats it self. Below three examples. 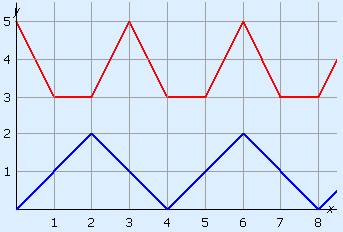 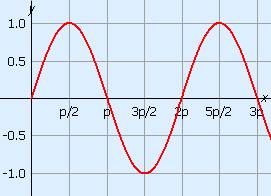 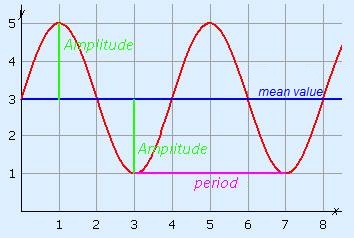 Note:
In these graphs the relation is often between time and height.
In that case the mean value, amplitude and the period all have units.